The exciting two-hour Tuff Hedeman bull riding is returning to the El Paso County Coliseum on July 17. Competition will start at 8 p.m.

Tickets for the Ride It Out Tour, ranging from $25 to $90, will begin selling at 10 a.m. Thursday at https://www.ticketmaster.com/ and at the Coliseum Box Office.

Top ranked bull riders and bulls will compete for the lion’s share of $30,000 in prize money for one night in four-time World Champion and Pro Rodeo Hall of Famer Hedeman’s topnotch roster. 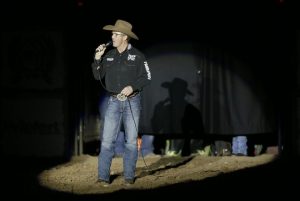 “I have either been competing or producing bull ridings for the people of El Paso for over 28 years. It’s great to have the opportunity to bring it back later in the year and be part of such an awesome weekend in the town I call home,” Hedeman said in a release.

The show includes the traditional Western Tech Tailgate Down Party at 5 p.m. on event night at the coliseum and the after-party at Whiskey Dicks. 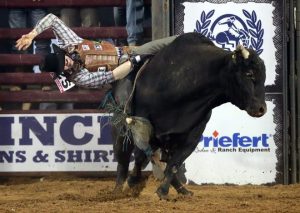 PBR regains sea legs as Cowboys for a...

Mauney in position for potential historic run at...