The 2016 PBR World Champion Is Ready To Reclaim His Title

While it was certainly cause to celebrate, it also led to a conundrum for the Jasper, Texas, native, who’s now 27.

“Where do you go from there?” he muses.

He grappled with the question over the course of the years that followed. With the World Champion title behind him, he began to wonder whether it might be time to move on to something else. Always a hard worker, the rodeo routine began to feel like a job, a far cry from the adrenaline-fueled excitement that pushed him to pursue bull riding in the first place.

If he was looking for a way to shake things up, he certainly got one in January of 2020.

While at New York City’s Madison Square Garden for the Monster Energy Buck Off, Davis lasted only 2.79 seconds on Midnight Rock. The cowboy landed on his neck, resulting in a fracture that put him out for several months.

HIs time away from bull riding gave him an opportunity to reflect on his career and granted him some much-needed perspective.

“I hate to say breaking your neck’s a good thing, but it really revamped my love for bull riding. It made me realize that I wanted to be there and I wasn’t quite ready to give it up yet,” he says.

Although it may have taken a back injury to give him the kick he needed to get his head back in the game, it’s certainly paid off for him. He currently holds the number one spot in the PBR rankings and is well on his way to earning his second World Champion title.

While he may be best known for winning the PBR World Championship, bull riding is just one way in which Davis channels his incredible work ethic.

Last year, in the midst of the pandemic, he and his wife, Kaitlyn, opened a wedding venue named Reign Hills. Located in Hardin County, Texas, he takes an active role in the day-to-day management and upkeep while Kaitlyn handles the booking and organization.

“From the first year we started dating, we always thought we wanted to do something in the wedding industry, or have our own venue,” he says. “We had to go get married in Lake Tahoe, and we loved it, but there just aren’t a lot of options around the house for nicer venues that aren’t just a barn style venue.”

In addition to working on the venue, Davis also takes time to maintain a disciplined fitness regimen that emphasizes core body work and cardio.

“I know bull riding is only eight seconds, but it definitely helps a lot of times, just to be able to get your breathing and everything right,” he says.

He knows his efforts are crucial in helping him maintain his spot at the top of the 2021 PBR rankings.

Despite the danger, the tough life on the road and the injuries, it’s all second nature for Davis. Even when facing the bright lights and screaming crowds in the rodeo arena, he maintains a sense of calmness, citing his son as a main source of inspiration.

“My little boy came home from school last year and he was singing, ‘My God is so big, so strong, and so mighty, there’s nothing my God can’t do.’ That always comes to mind whenever I’m getting on a bull. I’ll sit there and sing that to myself,” he says. 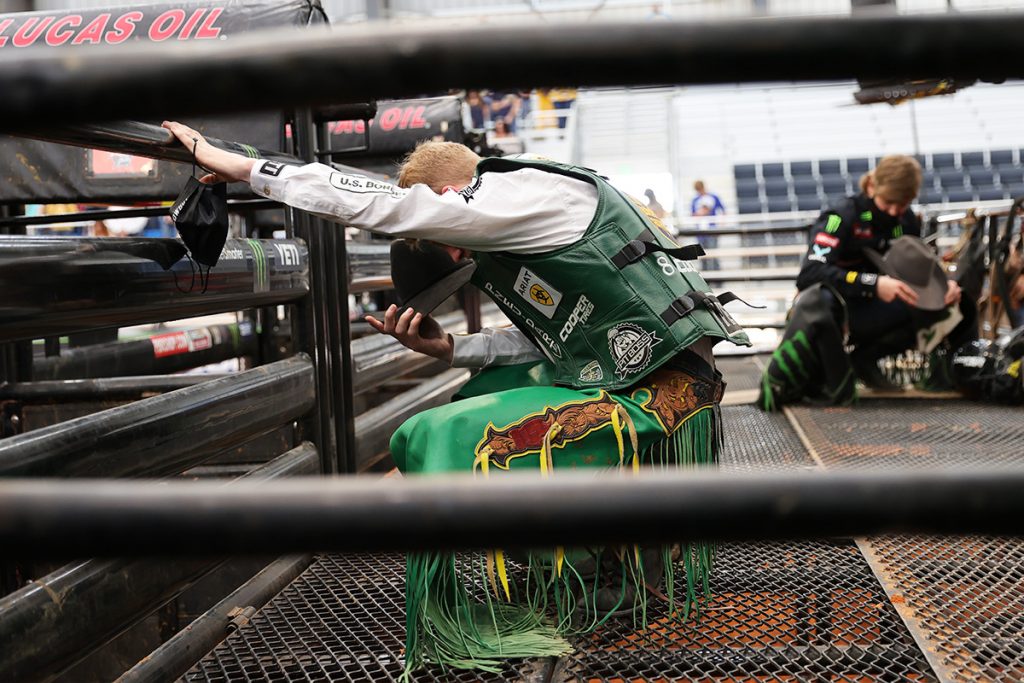 Davis is a first-generation rodeo athlete — and he hopes to be the last, too. He’d prefer 5-year-old Mackston pursue a different calling, though the child has ridden the family’s mini-steer, Yellow Jacket, a few times.

“If he came to me and said, ‘Hey, dad I want to ride bulls,’ of course, I would help him. But I just hope he does anything other than riding bulls,” he says.

Specifically, he notes how tough it is on a person’s body. At 27, Davis sometimes feels like he’s much older, the result of more than a decade of bruises and broken bones.

“I’ve been there and done it and know how hard it is,” he says.
His own parents didn’t initially support his interest in bull riding, which he developed as a child after his family attended an annual rodeo in his hometown.

After the event, Davis began watching PBRs on television and knew he wanted to try riding. His parents allowed him to ride sheep, but as he got older, they discouraged him from pursuing bigger animals.

“My grandpa was the biggest one who didn’t want me to do it,” he says. “He wanted me to do anything but riding bulls. He would go buy me golf clubs, horses, whatever,” he recalls.

They finally relented when he was 13, after his sister began dating someone who rode bulls.

“It didn’t take long. They all came around to the idea, and they ended up being the biggest supporters I had,” he says.

Even then, it was clear he had the potential to become one of the best.

“I realized I had the talent to do it,” he says. “I hate to say it came easy, but from the time I started, I always put a lot of work into it and never was lazy about it,” he says.

If things had turned out differently, he says he might have become a lawyer.

“That was actually going to be one of my career paths if I didn’t ride bulls,” he says.

Though he’s already earned a PBR World Champion title, he continues to push himself to his full potential each day.

“I learn quite a bit from the kids coming up behind me. When you quit learning, you get stagnant,” Davis says.

He points to up-and-comers 21-year-old Mason Taylor and 23-year-old Keyshawn Whitehorse as two of the riders who’ve managed to keep him on his toes.

Still, he recognizes that earning the 2021 World Champion title is something that’s up to him and him alone.

Though his path may be far from traditional, he’s thankful his profession allows his wife and son to join him on an incredible journey.

“It was really hard for me to leave my wife and kid at home whenever I first started going, so if they weren’t with me, I was just lost,” he says. “It’s been great having them with me and comforting to have them there.”

Still in their mid-20s, the Davises have a world of opportunity ahead of them. In addition to the wedding venue, Kaitlyn is busy with her lash brand, Reign Lashes, which she’s been building since 2016. And Davis, of course, will continue to give his all to maintain consistent placements as he chases his second PBR World Champion title.

“We just keep trying to grow and do new things,” he says. “We’ve pushed each other in everything we’ve done. I wouldn’t be able to ride bulls the way I have without her, and vice versa.” 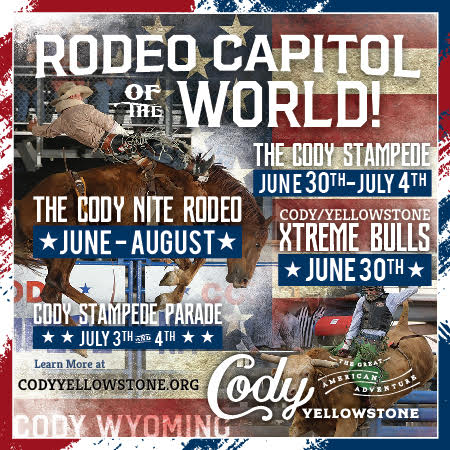